Perhaps the post should now be called "OUR ALLOTMENTS" as we have formally taken the tenancy of the neighbouring half plot so we now have a full plot to manage.

The new plot has been neglected and overgrown for a couple of years, although a young man did take it on for a short while earlier this year and with the help of one of the neighbours planted some potatoes and brassicas which we are now discovering amongst the wilderness.

There are also dense growths of nettles which would indicate that the soil is rich in nitrogen and phosphates.  We will strim the nettles and let the leaves rot down in situ or add to our compost before attempting to dig out the spreading roots, rhizomes and stolons. Nettle leaves are a good compost accelerator.


We have strimmed the edge where the plot adjoins our original plot and where the weeds, bindweed and couch grass were encoaching on our path and now we need to dig out the couch grass and bindweed. 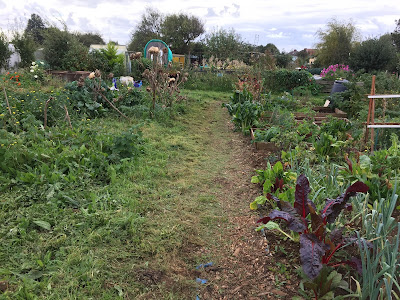 On the positive side, we have also acquired a prolific apple tree and several plum trees 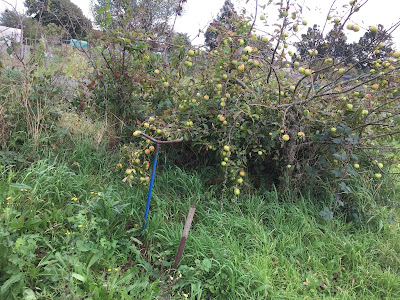 ...as well as several brambles which are coming up all over the plot 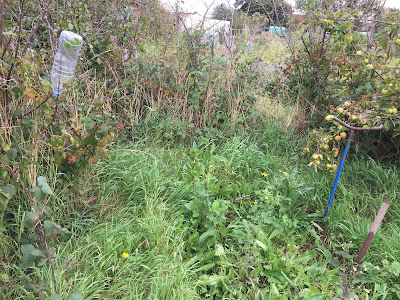 We have also acquired a greenhouse, which has seen better days and may not be salvageable.  As a temporary measure we may cover the frame in netting and use as a fruit cage for our blueberries. 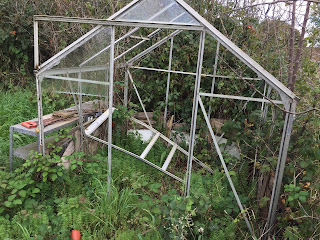 Our blueberries are growing in large plots as they require an acid soil and South Downs chalk is not their cup of tea.  They are growing in ericaceous compost.  They cropped heavily this year and I had planned to harvest them but left it a week too late because when I went to pick them they had all gone.  I am assuming it was the birds (and not a person) -birds seem to know just when they are at their best. 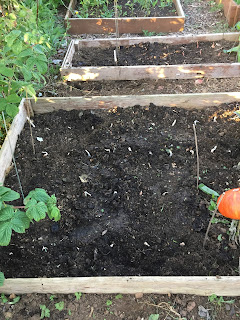 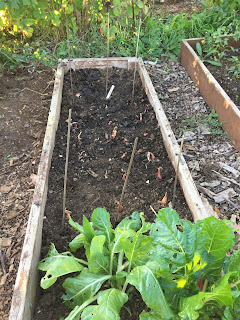 Whilst Sylvi has carried out a Herculean task of clearing the greenhouse and the area behind to prepare the base for our shed, (which we hope to erect by the end of the year),
I have been refurbishing some raised beds, transferred from Mile Oak and clearing a space for them on the new plot.
. 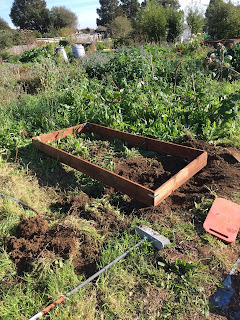 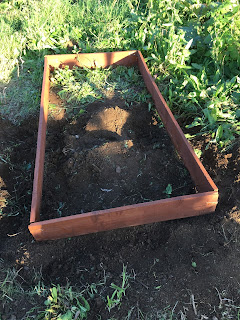 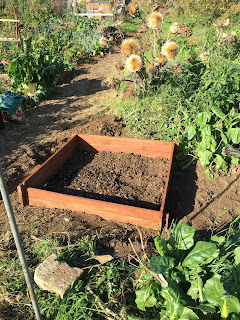 In the smaller one I planted some Electric red onion sets early in the month... 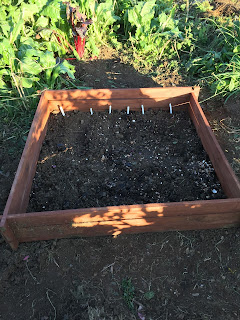 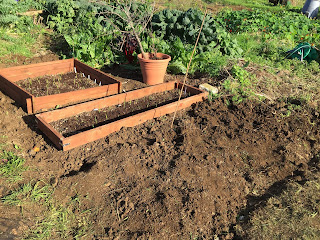 ....and some Autumn Gold, towards the end of the month.

And we also planted our first double row of aquadulce broad beans.


But time to enjoy some produce!  We are eating spinach and chard almost daily and have just sampled our first Crown Prince squash. 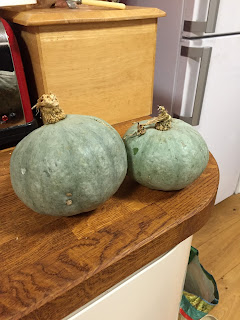 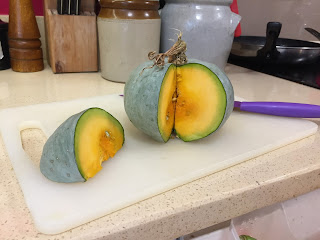 And despite the fact that its October, I have just picked what will probably be the last of the autumn raspberries..... 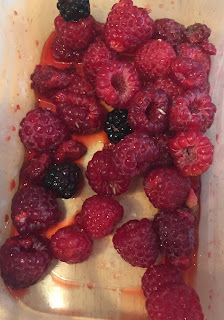 ....and picked loads of apples 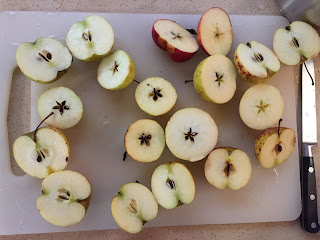 ...which we have been transforming into apple jelly... 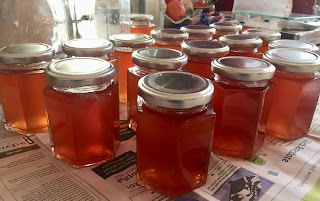 ....which will be some comfort as we contemplate the hard physical tasks ahead next month, the shortening days and the rain, the wind and the cold!