August has been the month to enjoy the fruits of our labour without too much hard work except keeping the weeds at bay.  We tried a few experimental plantings this year, including this one of a round lemon cucumber. 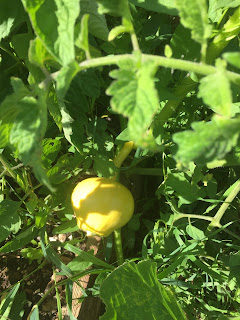 I don't think we will bother next year.  They weren't prolific and the taste wasn't anything special. The outdoor ridge cucumbers, pepinos, however (sown from a 2 Euro packet of seeds from Spain) have been a great success.

Our swiss chard, also grown from a packet of seeds from Spain, has been wonderful. My daughter's partner, who is from New Zealand, calls it silver chard. 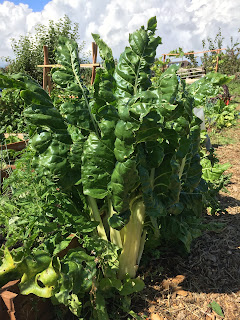 We have also been harvesting the rainbow chard, and are busy looking for new ways of cooking and serving it. 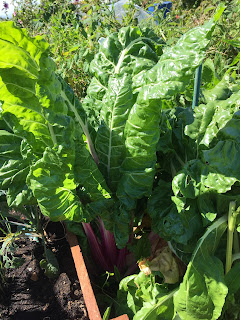 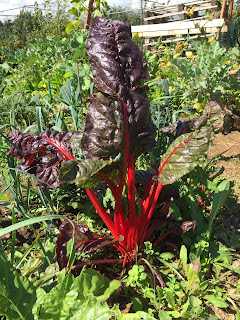 This is our first summer on The Weald and we inherited several plum trees, so we have had plum crumble, made plum jelly, and have a freezer full of stewed plums. 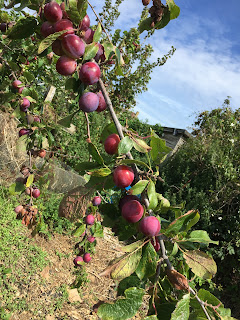 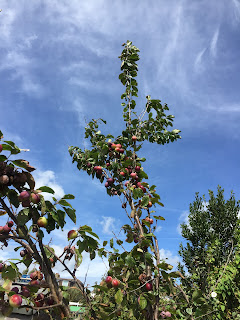 And they're great just to eat straight off the tree. 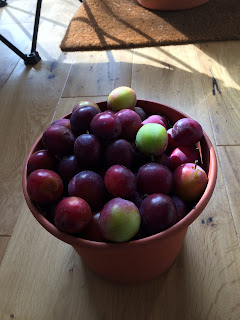 Apart from the chard and cucumbers, we have also harvested carrots, tromboncinos, potatoes and beetroot. 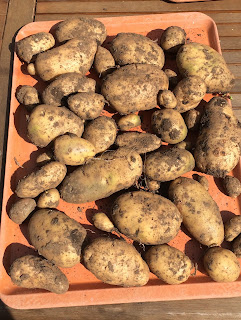 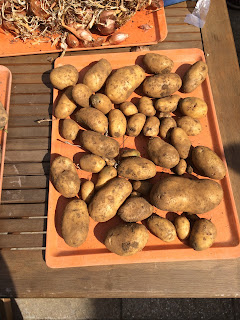 We also had a good crop of shallots which we have been ripening in the sunshine. 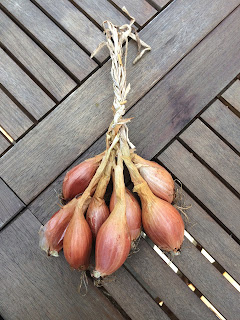 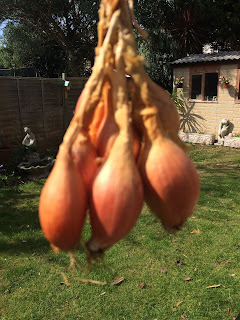 The autumn leeks are looking good, but do need a lot of hand-weeding. 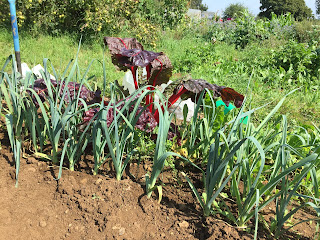 And the winter crop of leeks appears to be coming along nicely. 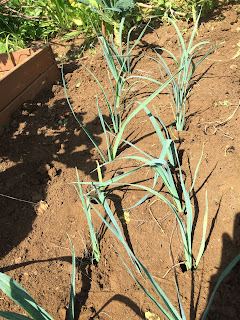 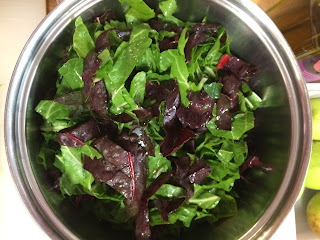 .
...and courgettes and beetroot 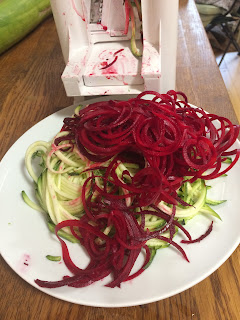 ....has led to some experimentation in the kitchen and put the spiraliser to good use.

And 2017 is the first year that I haved had success with parsnips. Its perhaps a little early in the year - we haven't had a frost yet - but I couldnt resist lifting a parsnip just to see how they are doing. 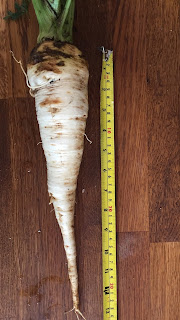 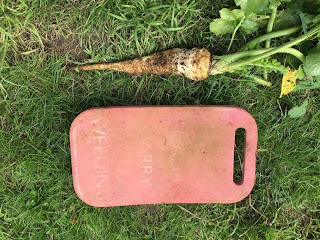 The Crown Prince squashes are coming along - but not as large as I had anticipated. 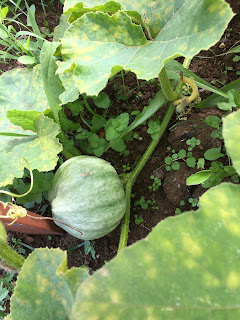 There will be much more to harvest next month - and perhaps some tidying up and a bit of hard labour.