I consulted several recipes on the internet for game terrine and although they had differences in content and method, they all followed a general pattern. Some chefs added sausage meat or force meat, others did not; some layered the force meat and the game in several layers and some just laid it at the bottom of the terrine (which becomes the top when served) and on top. Hugh Fearnley-Whittingstall lightly fries the strips of pieces of game before adding to the terrine; John Torode does not. John Torode adds white wine; Hugh Fearnley-Whittingstall and Woman's Weekly favour red.

There seems to be a consensus that meat, garlic and brandy are the essential ingredients!

For my traditional Christmas pork paté de campagne I usually use a spice mixture including coriander, nutmeg, cloves, ginger and cinnamon but I decided to keep it simpler for this game terrine.

My advice would be to follow the basic pattern and method and use whatever ingredients you want or whatever is available.

Basically for a 1.5 - 2 litre terrine or loaf tin you will need around 1 - 1.5kg meat plus 300-400g sausage meat and 300-400g chicken or game livers. I could not find any game birds locally so I used a mixture of chicken and duck with some venison.

Using roughly the above quantities, I managed to fill two 1 litre containers - a loaf tin and a new porcelain terrine that I had received as a present.

My porcelain terrine includes a weight for pressing down the meat when cooked. 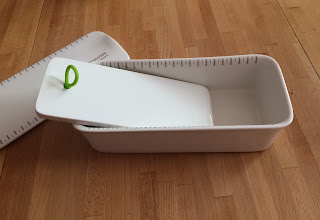 and a lid for storing the finished article. 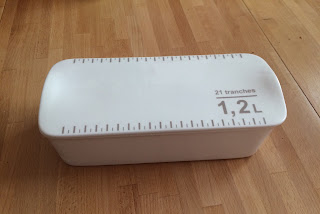 If you are using a normal loaf tin, you can cut a piece of cardboard or plastic slightly smaller than the tin, cover with foil and place on the finished cooked terrine and weigh down with jars or cans until cool. or if you have two loaf tins of similar size which fit into one another 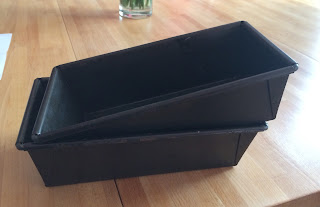 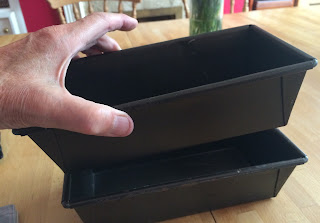 Start preparations two days before you want to eat the terrine.

Roughly chop the duck skins and add with the chicken livers and half of the sausage meat to a food processor and process until smooth. Grind the allspice berries and peppercorns, chop the tarragon and thyme, chop or mince the garlic and add to the processed chicken livers with half the pork belly, one of the skinned duck breasts, and a quarter of the chicken breasts and pulse chop till you have a lumpy mixture.  Add one egg, lightly beaten, two tablespoons of brandy, 100mls dry vermouth (or white wine or dry sherry) and the remainder of the sausage meat, a handful of breadcrumbs and stir.  If the mixture seems too wet and sloppy add some more breadcrumbs.  This will be your forcemeat. 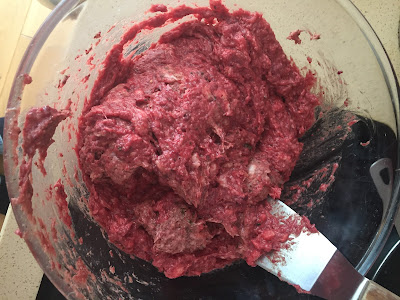 Put in a bowl covered with cling film and leave for 2 - 3 hours or overnight in the refrigerator.

After the forcemeat has marinated, take the venison steaks, chicken breasts, remaining duck breasts and pork belly and cut into long strips about 1 cm wide.

Lightly grease your terrine dish with butter or oil. Take the smoked bacon and beat lightly with a rolling pin to lengthen. Lay the bacon across the terrine, widthways overlapping the sides.  (With one of the tins, I laid the bacon lengthwise along the bottom and sides and similarly on top when I had finished) 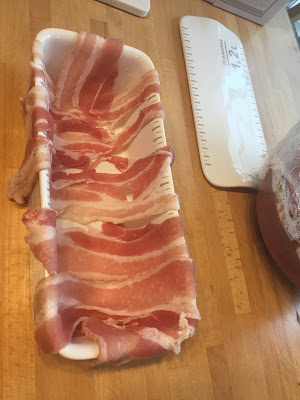 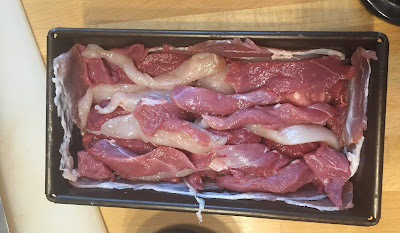 You can make as many or as few layers as you wish but always start and finish with forcemeat. Always push down as you add the forcemeat as you don't want to leave air pockets.

When the terrine is full, fold over the bacon so the contents are fully covered.
If there is a gap, lay more bacon to fill. 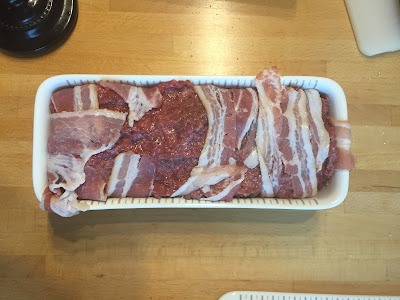 For  best results you need to press the terrine as it cools. Remove the foil and press down with cardboard or plastic covered in foil or the weight (see above*). Pour off any excess fat.
Leave the terrine to cool in the bain marie, then remove and keep weighted down in a cool place for several hours.

Place the finished terrine in the fridge until needed but remove from the fridge one hour before you want to eat it.  You should be able to slice it with a sharp knife. 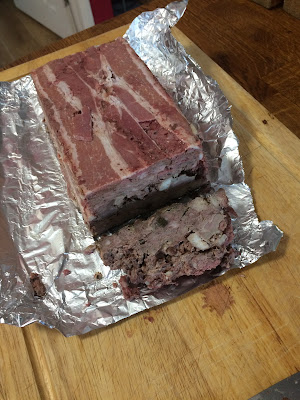 Serve with crusty bread, a green salad and pickles or chutney.  Pickled gherkins and redcurrant jelly are good accompaniments

The terrine will keep for a week in the fridge. It can also be frozen and will keep, frozen for a couple of months.  If it has been frozen, defrost overnight in the refrigerator and take out one hour before serving. 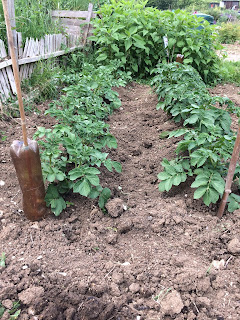 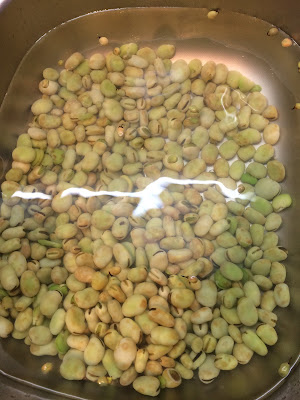 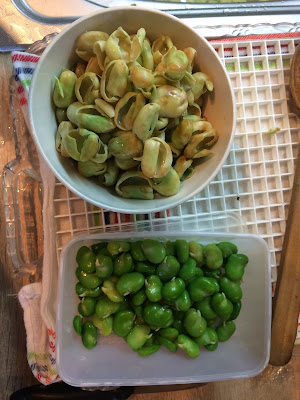 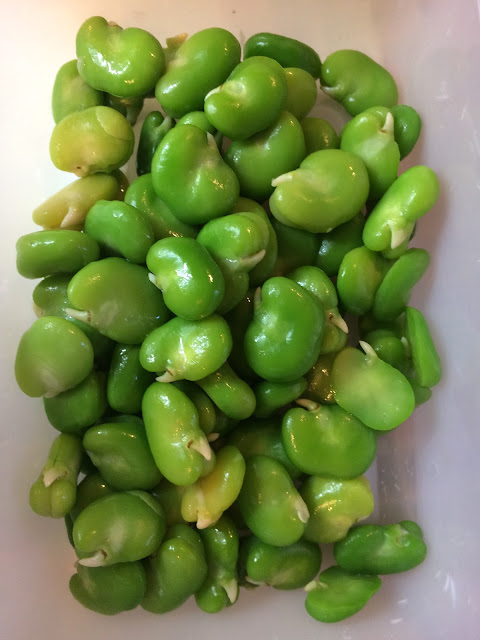 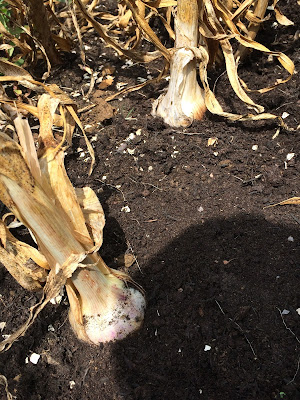 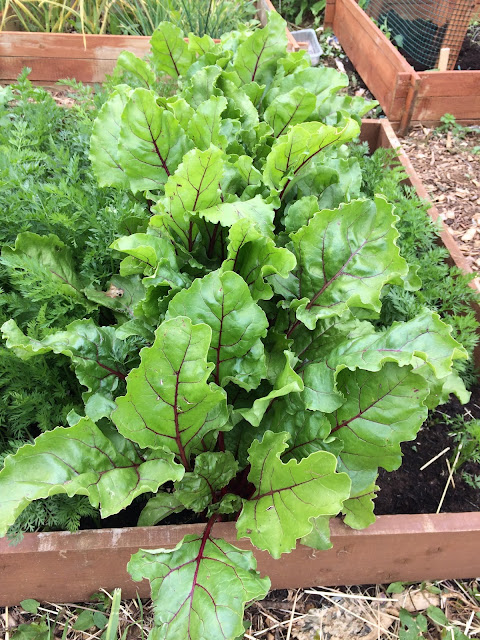 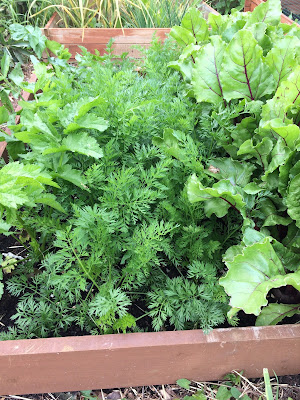 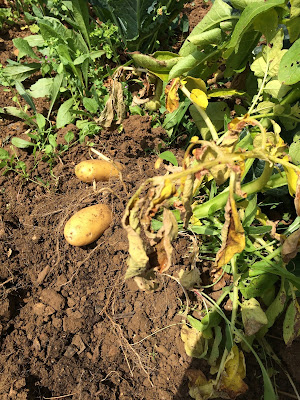 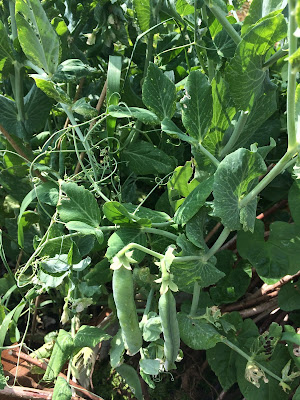 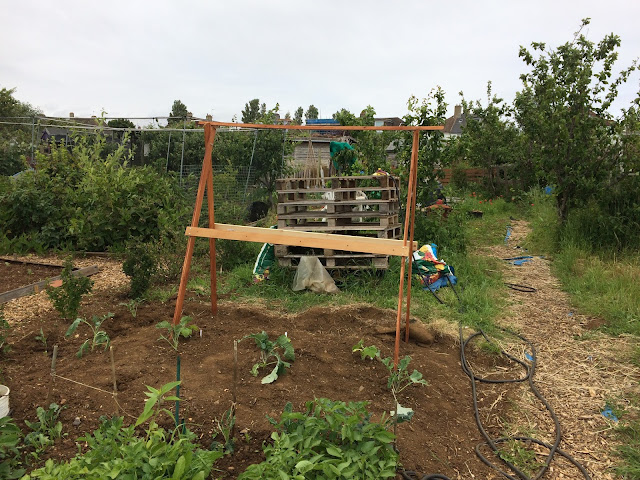 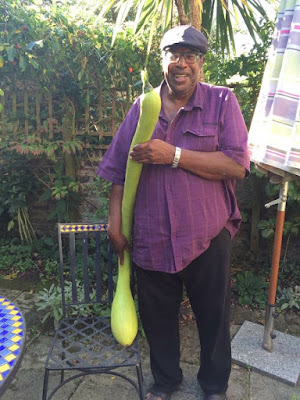 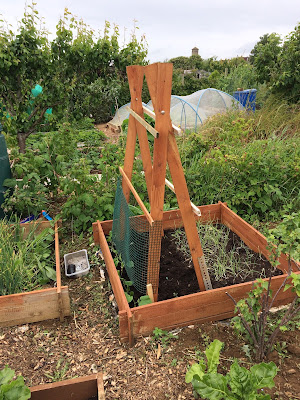 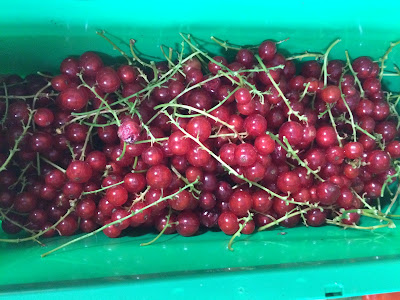 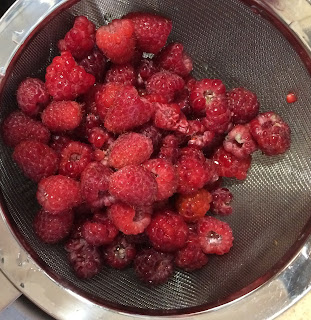 OUR ALLOTMENT - Life on the Weald (and Mile Oak and Neville!) May 2017

The year has not progressed as well as we had hoped. Two minor operations put me out of action for a bit in the early part of the year and this delayed some of the heavier physical work needed, including getting the shed up. Before we got the half-plot at The Weald we had been co-working Luke and Nicole's half plot at Mile Oak where there is a shed. As they now have a half plot at Neville, the idea was to give up Mile Oak but as we haven't yet managed to erect our shed at The Weald, we aren't able to clear the one at Mile Oak, so I started cultivating there again with crops which, fingers crossed, will be ready before autumn. Meanwhile, Luke has broken his ankle and is out of action so we are minding his plot at Neville too! Hopefully we will be sorted by the summer.

We have managed to plant garlic and shallots and sow some broad beans, beetroot and spinach at Neville and put in a couple of rows of potatoes. But the dry April weather has been a problem as we haven't managed to get up to water as often as needed. We did plant out some squashes there just before we disappeared for another break at the end of May....

and we have cleared a patch and planted some purple kale, cavolo Nero and potatoes at Mile Oak.


We have sown quite a few seeds indoors which are now hardening off in the garden at home and we had arranged for them to be watered whilst we were away, but May has been so wet it hasn't been necessary!

We have some French beans in trays which we can hopefully plant out in June and some courgettes and outdoor cucumbers in pots which hopefully we can plant out early June.

Before going away in May we did manage to plant out some cavolo nero and early purple sprouting broccoli at The Weald and to sow some carrots and parsnips. I have never been lucky with these in the past, so this year I decided to buy packs of seed strips, which are slightly more expensive but hopefully worth it. It looks as if the investment has paid off.

Our potatoes are coming along nicely. They had a bit of a setback because of the April drought but have now been well watered by our neighbours while we were away and are back to life.

We have also harvested our first broad beans at The Weald 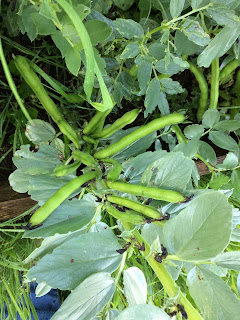 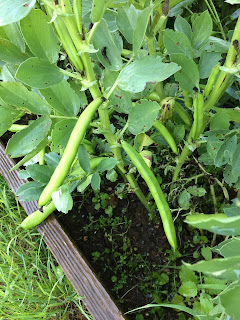 and it looks as though we will have a bumper crop this year - so we need to make some room in the freezer.

Luke is very fond of his squashes but because of his ankle had not sown any. Fortunately, I saw an end of line offer at Sutton Seeds for "plugs" at 99p for three and went a bit over the top and bought a whole load for Luke and me to share. Under Luke's supervision we have planted several varieties on his plot and I have potted up the remainder ready for planting at The Weald when I get back.

I bought three different varieties of patty pan squash, dark green, light green and yellow. And we have three other different squashes - we will see later in the year if they look anything like the catalogue pictures (below) or live up to their reputation 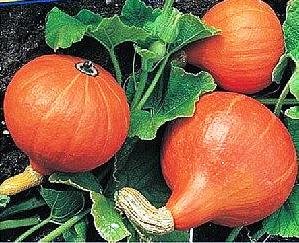 A teardrop-shaped Japanese squash. They say it's easy to grow and has a sweet and nutty flavour. Uchiki Kuri is supposed to set around four 1.5kg fruits per plant. We'll see if they live up to their reputation! They are said to be hardy and drought-tolerant; 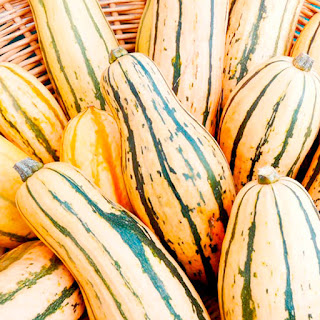 - which is advertised as "easier to grow, more productive and sweeter than a butternut squash" and said to produce "super sweet fruit with firm, deep orange flesh". It's claimed that they also keep well throughout winter; and 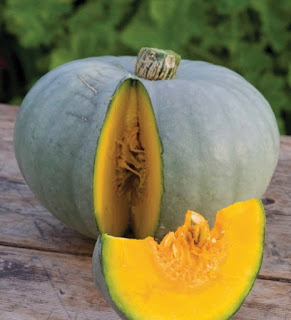 which is claimed to be an allotment grower's favourite. The blurb says "it has a nutty, honey-like depth and smooth, pudding-like flesh making it a superb choice for roasting". It is also one of the most long-storing of all squashes.

I have planted some patty pan squashes and a Crown Prince at Mile Oak as well as pumpkin.

Off to Samarkand. Fingers crossed that everything survives until we get home