The weather wasn't particularly good in October and in the early part of November the October storms continued. We've had lots of rain which has meant that digging has been difficult even on the occasional bright sunny days.

Nevertheless I think we have made real progress and at the beginning of the month began to erect the shed! 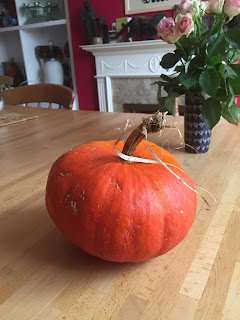 ....and back at home, have brought the Habanero chili peppers indoors to finish ripening. 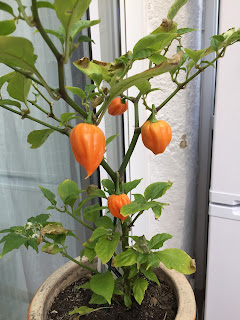 We have begun work on our new plot but sadly the neighbouring one has been left and become overgrown.  It is particularly sad as it was a well maintained plot and much cared for by its owners who have just not had the time this year to manage it.  It has not been helped by the fact that the vegetation on our newly acquired plot had encroached on theirs and it was difficult to discern where the border should be.


I did make an attempt to clear the border area but now the site representative has marked it out and it seems that, in my enthusiasm, I went a bit too far and have cleared an area on the neighbouring plot!

The area on the right of the tape is ours and to the left is the vacant plot!  But it's not all
bad news as, having cleared some of the neighboring plot, this will stop weeds encroaching on ours.  The other good news is that much of the rubbish which I thought I would have to clear is actually not on our side of the boundary. The brassicas we inherited on our side have survived and are healthy - we have cabbages and brussel sprouts!

Sylvi has been working hard cutting back brambles, digging out bramble roots and plum suckers and clearing the area where we have decided to put our shed.

In the first week of November we built a frame, consolidated the ground with stones and rubble and laid paving stones in preparation for the shed.


We had acquired the shed from a neighbour a year ago - and it appeared to be in a fairly poor condition then and has been lying on the ground for several months since. 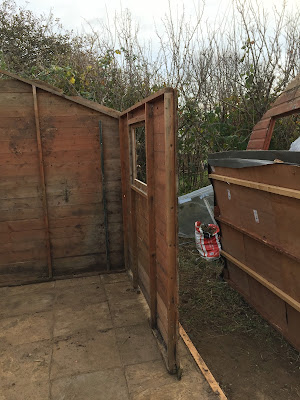 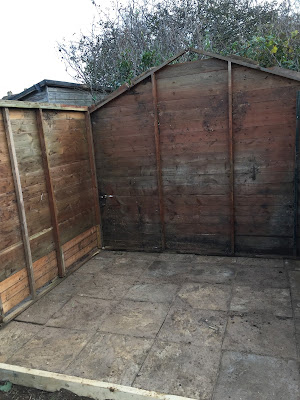 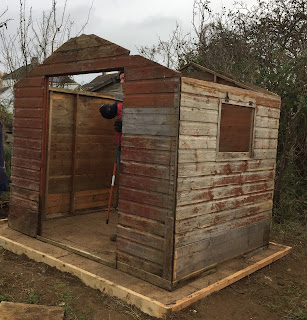 With help from Sylvi's son, Luke, we actually got the shed erected in a couple of hours on Saturday morning 18 November, just before the rain came down!

Despite having been lying on the ground for some months, it was surprisingly in reasonable  condition and is fairly sturdy.  There are a few repairs that need to be made but it should last us a good few years.

The following day, the weather was quite different - a bright sunny day and my nephew Charlie and his partner Fran came over and painted the shed with wood preservative and it's looking fine -

Sylvi has now installed a window but we need to re-hang the doors and do some patch repairs to the roof but we are very pleased with the result so far.

More good news - the neighbouring plot has been let and we have met our new neighbours and I think we are going to get along fine.

As far as the crops are concerned, the broad beans I sowed in October are now showing through -

- but I think they might need a bit of protection in case of sudden frost so I will probably put some fleece over the frame.  We sowed three more double rows in November so we are looking forward to a bumper crop next spring, and we are still waiting for the peas to show which we also planted last month.


We also lifted our first leeks to share with the family and are reasonably pleased with them, but I could have planted them deeper. 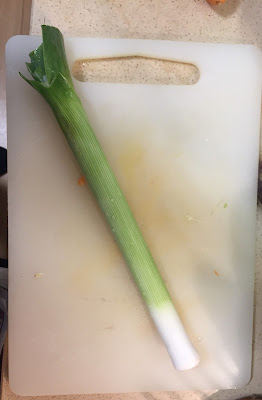 We have cleared an area along the border with our new neighbours and successfully transplanted several blackcurrant bushes from Luke's old allotment at Mile Oak. 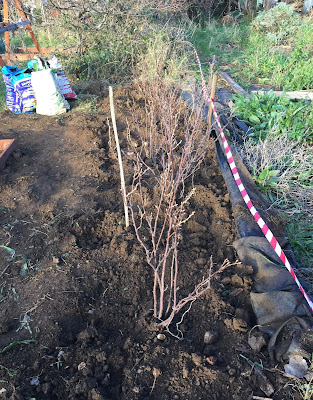 The long awaited wood chips have arrived so we have made a start on renewing the path which now divides our two half plots. 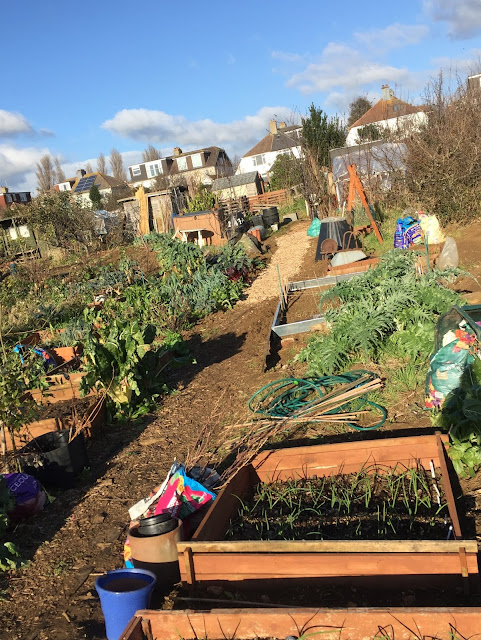 Hopefully there will be further deliveries and we will be able to complete the path in December and renew all the minor paths between the raised beds.(if we have any time in the run up to Xmas!)