I love ginger (and not just Tim Minchin!)

...and ginger is one of my vices that is perfectly healthy – I like it with fish, in meat dishes, in jams and jellies, with chocolate or ice cream, ginger wine (with or without whisky) ginger beer..........

I would also recommend that ginger lovers should get a ginger grater.  It's some 30 years since I acquired my first one.  I spotted a Joyce Quen one in New York at what now might sound a rather high price, $4.95  (app £2.50 then which is probably about £7 today).  At the time I hadn't heard of Joyce Quen but now know that she was a famous chef and author in the US, an earlier Ken Hom.
I still have it and use it regularly - 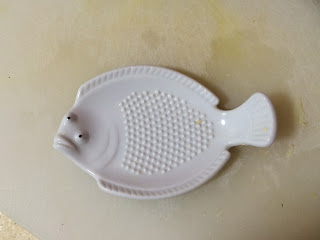 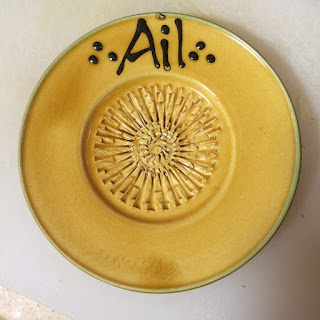 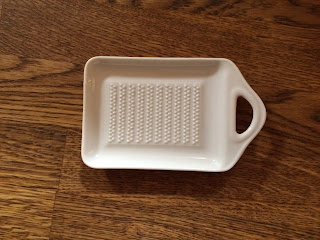 - I can't spot them on the Tiger website but their website is not a webshop and they do have several branches in the UK.  Once you have obtained one, put it to good use!

Having an allotment means that at certain times of the year I have a surplus of rhubarb and marrows. There’s a limit to the number of rhubarb pies and crumbles one can eat; and after a time one tires of stuffed marrows and courgette bake.  I could make courgette soufflé or courgette cake (just adapt a carrot cake recipe) or courgette spaghetti – and have done so and will do again – but when there is ginger why not try Rhubarb and Ginger Jam or Marrow and Ginger Jam? Why not indeed.

Email ThisBlogThis!Share to TwitterShare to FacebookShare to Pinterest
Labels: Herbs and spices, Recipes