In pursuit of the Porbeagle Shark

In an attempt to resolve the Colin issue, (see my blog of 14 January 2014) who better to approach than the most European of my acquaintances, my former dining and drinking friend from the Council of Europe, Denis MacShane? The following is our twitter exchange:

In a recent family conversation with Clive Miller, who knows France well, Clive explained the confusion caused by different regional names and said he had even seen Cod sold as Colin in the Vendée.  This problem of regional variations in fish names was confirmed by Sue Albery, in our conversation on facebook:
·

Sue Albery Long experience of eating and buying fish in France has demonstrated the enormous range of regional names. I once bought veau de mer something akin to tuna and swordfish. It was brilliant but have not seen it since.

Having never heard of Veau de Mer myself, I searched the internet and discovered that it was one of the names used to describe Porbeagle Shark (Scientific name: Lamna nasus), which I thought I was familiar with as I had eaten it in south eastern Spain where it had been labelled Cailón.
Apparently this is a very popular fish in Galicia in northern Spain, where it is known as Marraxo.  Leiths Fish Bible gives its Spanish name as Cailones, and the French name as Requin Taupe.  Alan Davidson, in Mediterranean Seafood, gives the French name simply as Taupe and the Catalan Marraix.  Wikipedia gives an alternative French name of Maraîche.   In the Tio Pepe Guide to the Seafood of Spain & Portugal, (also by Alan Davidson) the Catalan name is given as Marraix, the Basque as Marratso mutormotz  and the Portuguese as Marracho.  All this seemed to make perfect sense, until........

....... the week following my facebook conversation with Sue, I was in Santa Pola, in southern Valencia, and on the fish counter in the Eroski supermarket there was a plentiful supply of Marrajo which, from its appearance and similarity in name to Marraxo, Marratso & Marracho, I assumed, wrongly I learned later, to be Porbeagle Shark.  One of the many good things about fishmongers in Spain is that fish is almost always labelled to indicate where, when and how it was caught and with its scientific name.  But this Marrajo was not labelled as Lamna Nasus but as Isurus oxyrinchus, which the Tio Pepe Guide confirms is Marrajo in Spanish but Shortfin Mako in English and not Porbeagle.

The Tio Pepe Guide says that Mako is popular in Galicia and in southern Spain, that it has good white flesh which is often passed off as Swordfish, but that its taste is inferior to Porbeagle Shark.  In Galicia it is called Marraxo azul  and in the Basque country Marrazo muturluze and in Portugal simply Marracho.  The French for Shortfin Mako is given as Requin-taupe bleu.

Previously, I have also seen a similar looking fish in Spain labelled Cazón. This is another popular fish, particularly in Andalusia in south western Spain and known in English as Tope or School shark. This adds a further confusion with the similarity of the English name Tope and the French Taupe which I take to be Porbeagle.  Other names for Tope in France appear to be Requin-hâ and Milandre.

All writers seem to be agreed that Porbeagle, Tope and Mako are members of the same family, often referred to as Mackerel sharks. In The Fish Course, Susan Hicks says that “of the several kinds of shark available, the pinkish dense-textured flesh of the porbeagle and tope is the best and far superior to the cheaper white-fleshed shark meat”

Whether it was Porbeagle Shark or Shortfin Mako that I had eaten previously, it tasted good to me! I used a simple recipe that I found on the internet : – season the steaks with salt and pepper, pan-fry in butter for about 5 minutes each side and serve with lemon and parsley. Several other writers advise simply grilling and serving with a squeeze of fresh lemon or lime, but I have now been tempted to try more adventurous suggestions –
serving it with traditional Spanish Alioli or Skordalia (a Greek garlic and almond mayonnaise which is suggested in Leiths Fish Bible); Sam & Sam Clark also have a recipe for Almond Alioli in their Moro East;
grilled with a spicy marinade of olive oil, lemon juice, onions, garlic, ginger & chilli as recommended by Susan Hicks in The Fish Course (from a BBC series in the 80s);
poached and added cold to a mixed seafood salad as in Rick Stein’s A Taste of the Sea. Rick Stein also recommends Porbeagle for his Goan Fish Curry.

But before getting too enthusiastic there is a drawback.  Many species of shark are now regarded by some as an endangered species due to over-fishing!

A few years back, I recall enjoying “shark and bake” on the beach in Trinidad – a barbecued shark steak served in a large bread roll - a very popular dish with both locals and tourists, but I read in The Independent last week that the Papa Bois Conservation Group, in Trinidad & Tobago, has launched a “save the shark” campaign to stop people eating shark sandwiches in an attempt to protect a dwindling shark population.

So it may be advisable to check out the source and means of catching before you buy!  Currently in the EU there are severe restrictions on allowable catches of Porbeagle and Tope but not yet on Mako. All three species are regarded as vulnerable, however, by the IUCN (International Union for Conservation of Nature and Natural Resources). The EU claims that current restrictions in place have resulted in some recovery of fish stock population of Porbeagle. Let's hope that successful management of fish stocks can enable us to continue to enjoy this fine fish!

A footnote:
Another load of old pollock!
Recently, I was astonished to see "Squid-less Rings" in the new Waitrose at Greenwich Creekside. Apparently they are made from pollock and whiting!  WTF
John Austin 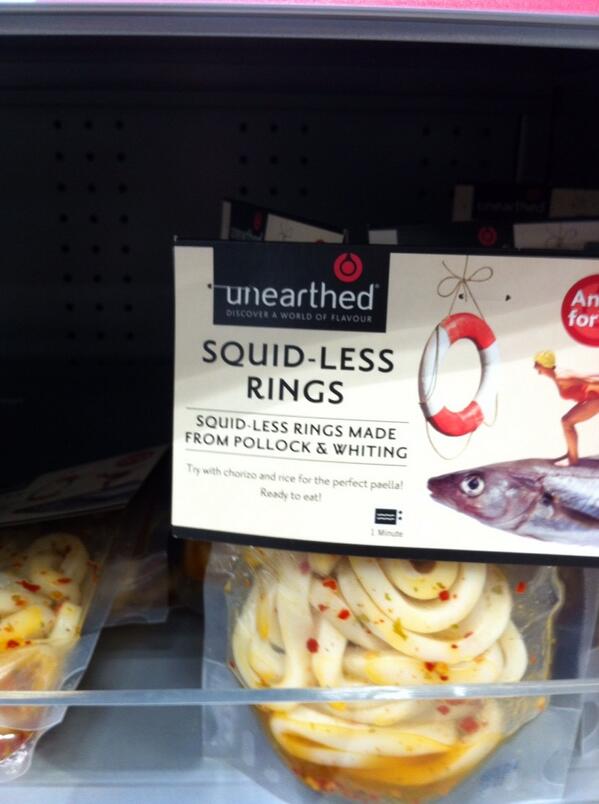 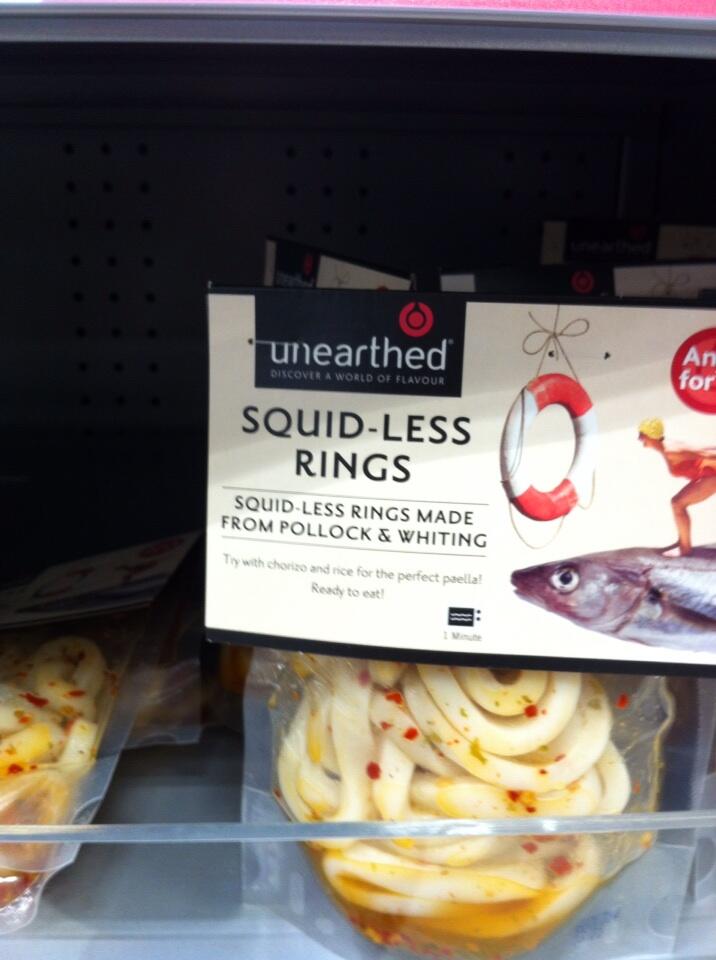