OUR ALLOTMENT - Life on the Weald November 2018

OUR ALLOTMENT - Life on the Weald November 2018 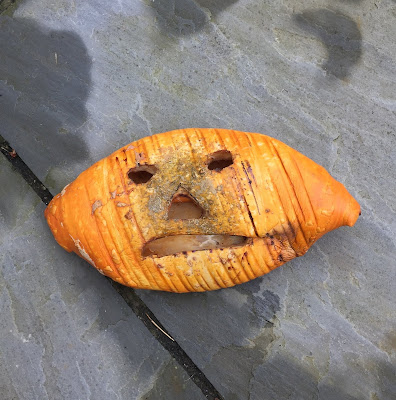 We had taken out as much of the flesh as we could and had several meals of pumpkin curry and spicy pumpkin soup but had loads left over.  We pureed and froze some.... 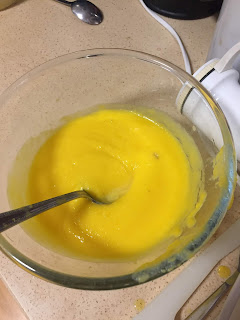 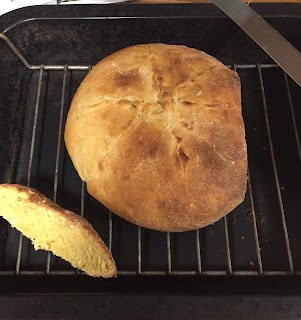 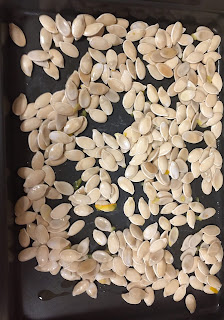 ...which we coated in cumin, coriander and paprika and roasted 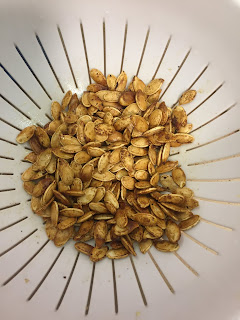 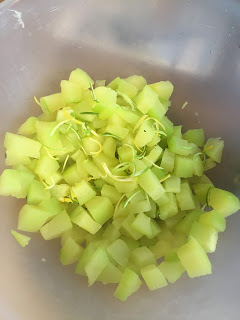 Surprisingly, at the beginning of the month we were also able to harvest the last of the outdoor ridge cucumbers, which were excellent 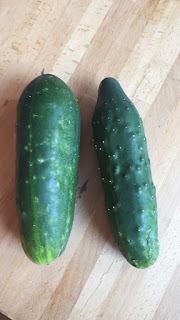 We have a plentiful supply of cavolo nero, purple kale and spinach which will keep going through the winter months and the purple sprouting broccoli is looking fine.  We have covered the broccoli with netting which we hope will keep the pigeons off and stop them pecking off the flowering heads when they come. 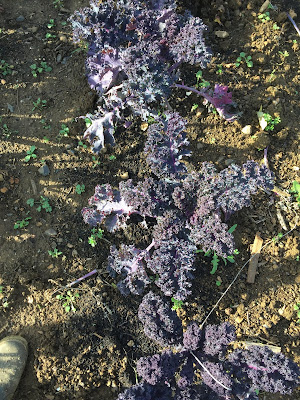 There was much work to be done in November.  In September, I had started to get the beds ready for the onions, garlic and shallots as I intended to use autumn/winter planting sets. I had spread a mixture of compost from the wormeries and grass cuttings in the raised beds and added some top soil.  In October, I had forked this in with some top soil and now have raked it finely, lightly dressed with bonemeal and this month I have planted the sets - two varieties of onion, one yellow (Autumn Champion), one red (Electric); two varieties of garlic (Eden Rose and Printanour); and two varieties of shallot  (Griselle and Longor). It is necessary to keep an eye on the bulbs after planting as birds and other animals tend to lift them before they have rooted and if so they need to be re-planted.

The middle of November has seen quite a lot of rain and most of the sets planted seem to have rooted.

With Luke's help we have removed the cardoon, although we may not have been able to get all the roots out as they went so deep but we now have a large hole to fill and an area to weed and dig ready for next year's brassicas.

One of our neighbours has given us a few medlars, an old English fruit not seen much these days, and we need to find something to do with them.  They are a bit like apples but are very hard and acidic and not very pleasant when picked from the tree.  They need to be "bletted"  i.e. stored until they begin to rot and then they become soft an sweet.  I think we will try making medlar jam or jelly for which you need mostly bletted fruit but also some hard unripe ones for the pectin to get the jam/jelly to set.


Given the laborious process of bletting to make them edible and their appearance and nick-name - Chaucer and Shakespeare refer to medlars as "open-arse" fruits; their name in French is cul du chien (dog's arse) - is it any wonder that they have fallen out of fashion!

Whilst waiting for the medlars to ripen, there is much to be done on the plot.  The leeks are faring well but need frequent hand weeding, and although they were planted out  quite deeply, I am earthing them up a little to increase the white proportion. 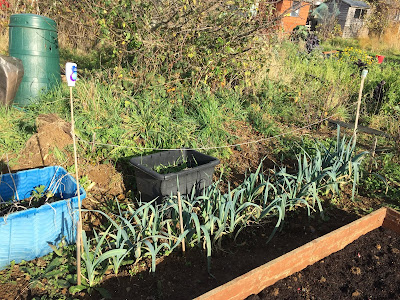 I have also experienced some problems with the black currants that I planted when we first got the allotment two years ago.  In a hurry to transplant them we didn't clear the area of weeds as well as we should so they have faced a problem of being choked by couch grass and bindweed.  Also in the rush to get things started two years ago, the raised beds are in odd positions and look untidy.  So this month I have lifted two of the currant bushes and moved one of the raised beds to where they were and have replanted the fruit bushes where the raised bed was.  We removed all the annual weeds, thoroughly dug the area and removed as much of the bindweed and couch grass as possible.  We added some good compost to the holes where we planted the currants and gave a top dressing of blood,fish and bone.

Where we relocated the raised bed, there is a Brussels sprout plant so we put a layer of cardboard down around it and covered the whole area where the frame would go with cardboard (and a little beyond) and lifted the frame over it.  The cardboard will help to retain moisture in the raised bed, will prevent perennial weeds such as bindweed from coming through and will eventually rot down.  On top of the cardboard we added a layer of compost from the wormery plus some of the soil from where the raised bed had previously been and also dug in some fresh lawn clippings. 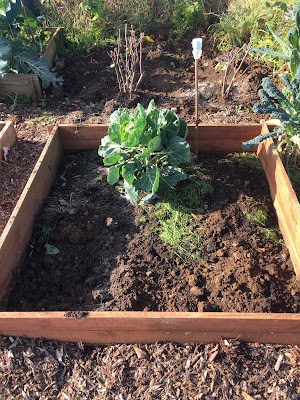 We laid more cardboard around the raised bed and covered this with a dense mulch of woodchips and hedge trimmings which we use on all our pathways and between beds. If you are using wood chippings, make sure they are from a reliable source and disease free - we get ours through the allotment society and they come from a reputable local tree surgeon. 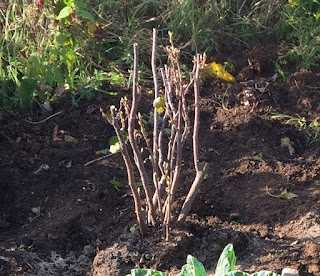 November is a good time to plant blackcurrants and unlike other fruit trees/bushes, they can be planted deeply with some of the stem below the surface as this will encourage the growth of new stems from the base.

Having transplanted the currants, I will apply a mulch, give them a chance to re-establish themselves and hard prune them in January.

The second half of November has seen torrential rain and little opportunity to do much more work on the plot and our infrequent visits have been to feed the worms and harvest the greens. 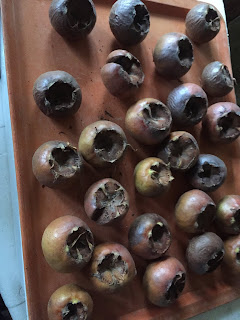 and we have spent time in the kitchen making medlar jelly.

I suspect we will get little done in December due to the weather and the usual pre-Xmas panic, but hopefully we will be almost self-sufficient in veg.