If you do not have a bread machine just follow any wholemeal loaf recipe for making one manually (or with the aid of a food mixer) as far as completion of the first rise then follow the method below.
Using my bread machine the ingredients were as follows:

There is no need to knead the dough, well only a little - just gently knock back and shape into a ball

Using a sharp knife cut a slit across the top,, cutting about 1 inch deep.

Place the shaped dough into a cast iron casserole dish, that has been lined with baking paper.
Put the lid on the casserole dish and place in a cold conventional oven. Set oven temperature to 240C and turn on. Leave to cook with the lid on for 35 minutes.
After 35 minutes remove the lid and continue cooking for a further ten minutes but keep an eye on it in case it burns.
Remove from oven, lift out loaf and place on a wire rack to cool
When cool, slice and enjoy.
For earlier attempts click here for a Basic White Loaf or click here for a 50/50 White/Brown Loaf
John Austin
Hove, June 2020
Posted by John Austin at 15:47 No comments: 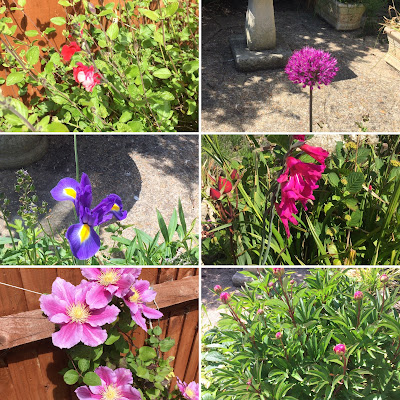