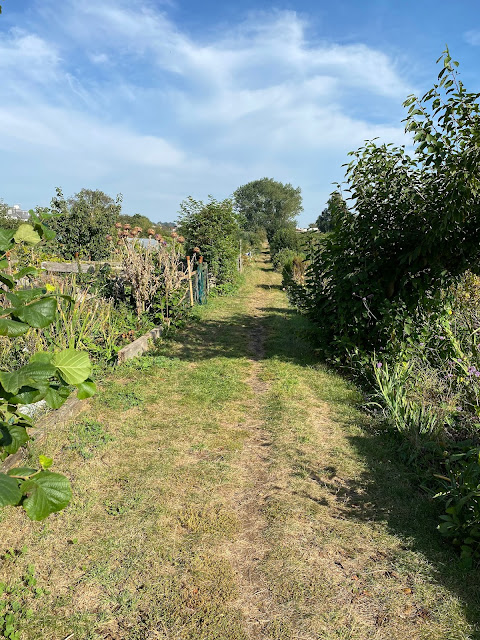 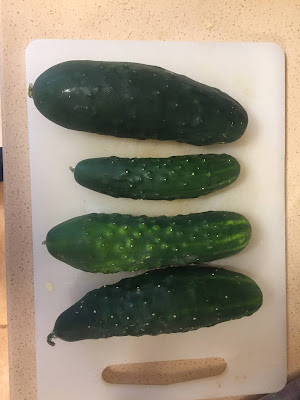 The week beginning 6 September was without rain and saw temperatures rising to 29C, cooling off towards the end of the week but still in the twenties.
The pumpkins and tromboncinos were growing larger every day.  I had bought the seeds for the pumpkins in a Spanish 2€ shop but the seeds are Italian - they were called Zucca quintale seme giallo which I think translates as Pumpkin seeds, a hundredweight yellow. They're very large but I wonder if they will weigh a hundreweight ?- that's 100 kg or around 220 lbs!
The seed packet reads
Grossissima di forma rotondeggiante leggermente costulata schiacciata ai poli.Scorza di in bel colore giallo-arancio, polpa gialla, zuccherina, molta conservabilewhich I understand translates as:Very large, slightly ribbed rounded shape, flattened at the poles.Peel of a beautiful yellow-orange color, yellow pulp, sugary, good for storing.
The tromboncinos sound less exotic and come from a packet of seeds from a local garden centre. They do, however, impress the neighbours.
At last our Patty Pan squashes were beginning to set.