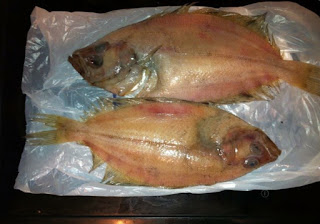 Usually, I would roast or bake in the oven in a foil parcel as I did with the ones above which I cooked with sumac, garlic, oregano and tomatoes.  this takes about 15 minutes at 200C or 180C with a fan oven.  You can open the foil parcel for the last 5 minutes cooking. Many recipes suggest cooking with butter and lemon and maybe tarragon or thyme and I have also cooked it successfully at at home with lemon and ginger.


Previously,  I had also cooked Megrim a la plancha with sumac, fennel and garlic

On this occasion, I decided to try pan-frying whole with preserved lemons and fresh oregano - mainly because I had a ready supply of both.

My fishmonger cleaned and trimmed the fish 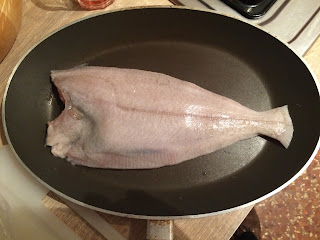 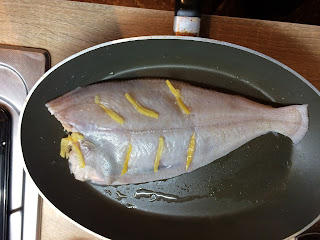 Add a little olive oil to the frying pan and fry the Sole for 4-5 minutes on each side. 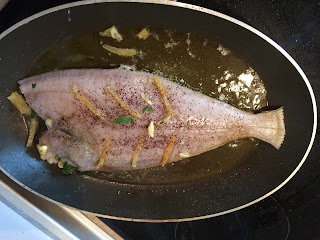 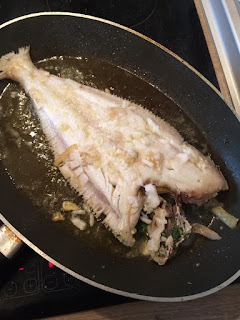 Just before it has finished cooking add half glass of white wine, let it bubble away for a few seconds and then remove the fish to a serving dish. Let the wine continue to cook mixing with the juices in the pan, spoon over the fish and serve with creamy mashed potatoes and spinach or green beans.

In Spain we often serve fish with grilled or roasted Italian peppers (these are very common and very cheap in Spain but I rarely see them in England). 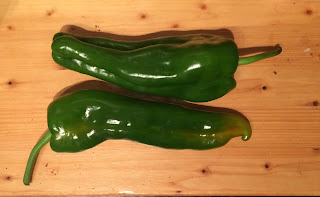 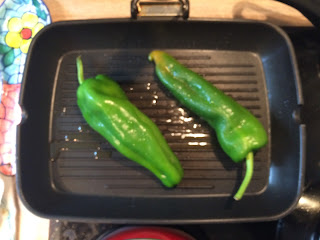 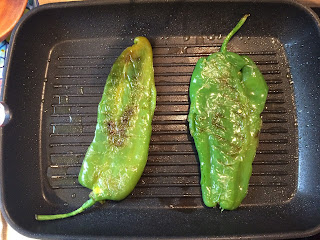