IN PLACE OF MACKEREL
a recipe from Spain....


For some reason, fresh Mackerel (Caballa) does not appear to be very popular in Spain, and is used mainly for canning.  But there are various other varieties of fish which are very similar in taste and appearance. Jurel  is very common in Spain and resembles Mackerel, though not of the mackerel family.  It is related to the Pez de Limon or Amberjack

Elizabeth Cass in Cooking in Spain says Jurel makes good eating, is preferable to mackerel and suggests frying or grilling. Alan Davidson in Mediterranean Seafood, however, suggests it is not as good as mackerel but easier to digest.

I think mackerel needs an acid sauce such as lime, gooseberry or rhubarb to cut through the oiliness, or something with heat such as horseradish or chilli.  The recipe for the Salsa below is mine but the idea was borrowed from a recipe for mackerel by Tara Reddy of St Leonards in The Hastings and Rye Fish Cook Book (2)*.  Tara Reddy includes both soy sauce and honey in her salsa and omits the coriander, reserving this to be sprinkled over the fish when served.

This is my recipe for Jurel,  known as Horse Mackerel or Scad  but I am sure it would equally suit Caballa (Mackerel), Estornino (Spanish or Chub Mackerel), or Melva (Frigate Mackerel)

I bought 4 jureles locally for less than 2€ 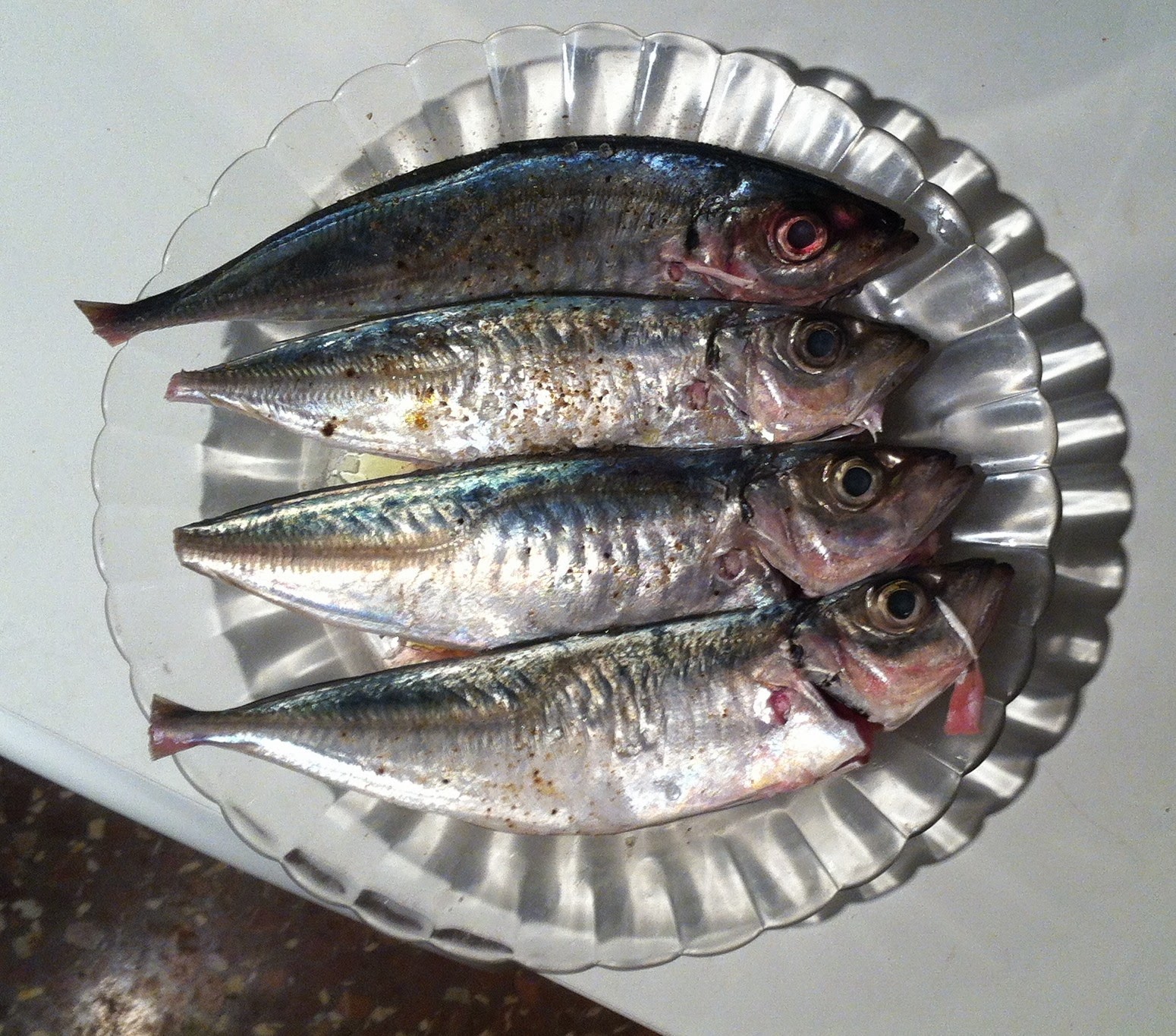 Method
Clean the fish and leave whole. They have a distinctive lateral line which is quite spiny and can be removed either before or after cooking with a sharp pointed knife. I keep the heads on but you can remove before cooking if preferred. Sprinkle the fish with sea salt and black pepper and cook on lightly oiled griddle for 8-10 minutes turning once.** 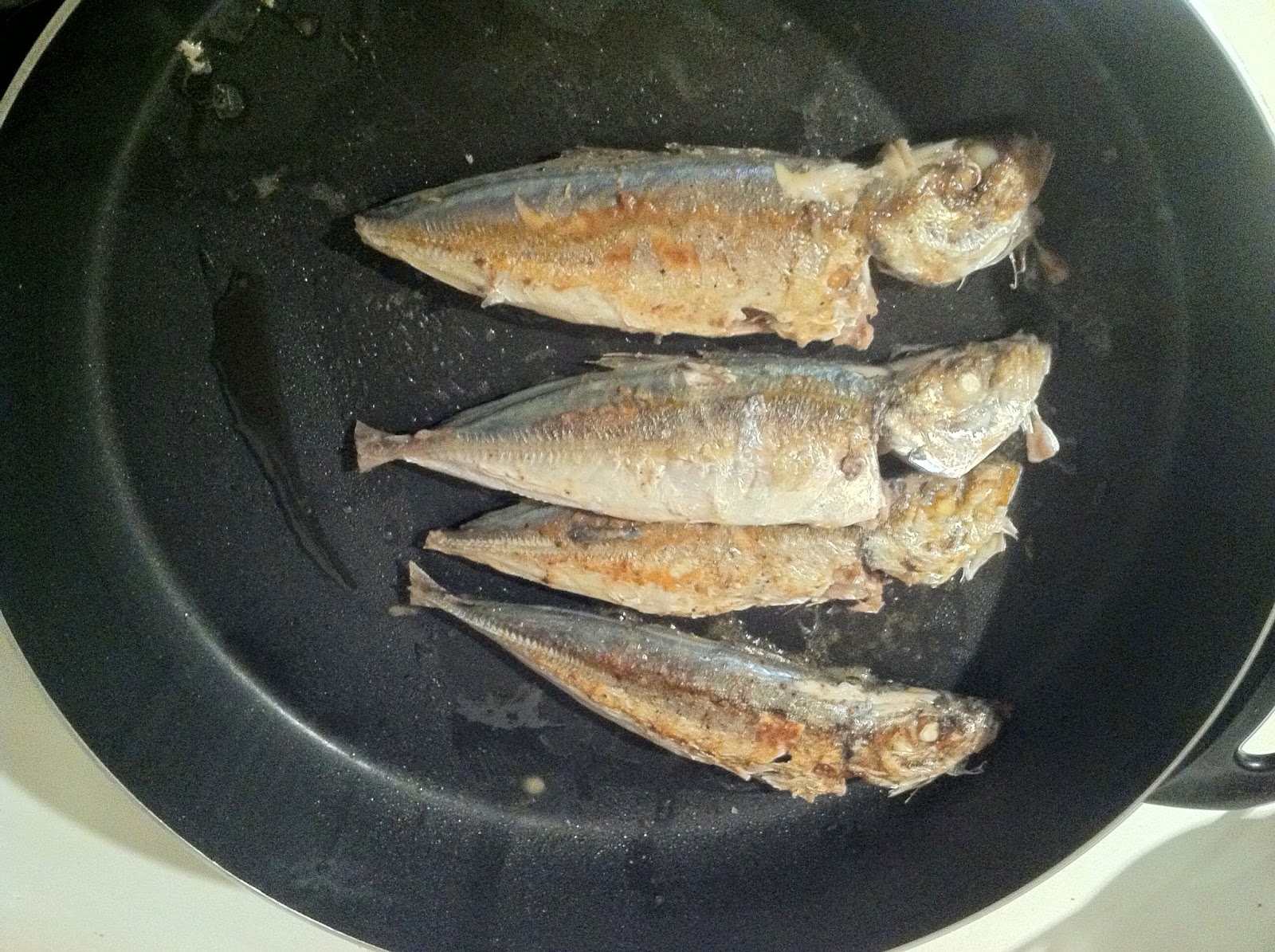 Chop ginger, garlic and chilli and put in food processor with bunch of coriander (reserve some leaves for garnish) Add zest and juice of the lime(s) and  olive oil (3x volume of oil to lime juice - vary this according to your taste and add dash of sesame oil.  Whizz in a food processor - optionally add soy sauce to taste and then stir in two finely chopped spring onions.

Serve the cooked mackerel with the salsa and sprinkle on a few leaves of chopped mint and coriander.

*The Hastings and Rye Fish Cook Book is compiled by Sally & Stewart Walton and Debi Angel and friends and published by SeaSaw books http://www.seasawbooks.co.uk/
and well worth the £5 price-tag  The authors are involved in a variety of creative activities in Hastings which can be found at
www.recyclingwood.org.uk
www.carry-a-bag.com
www.debiangel.com

** In Spain I bought a multipurpose electric cooker – a PALSON Evelyn – to cook Paella.
It is a large non-stick frying/sauté pan with lid and I have found it excellent for cooking fish as it griddles and steams them at the same time, crisping the skin and keeping the flesh moist. 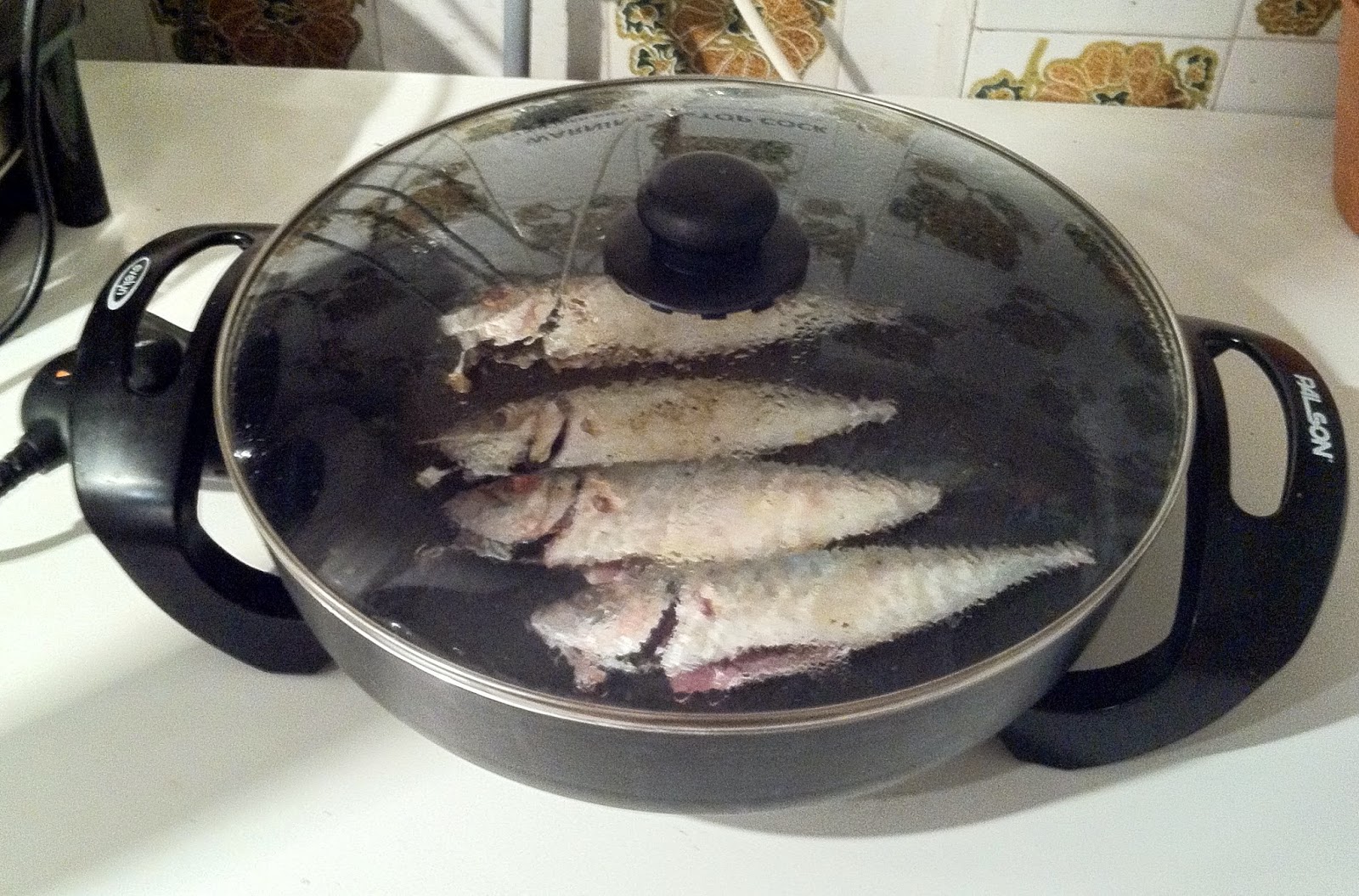 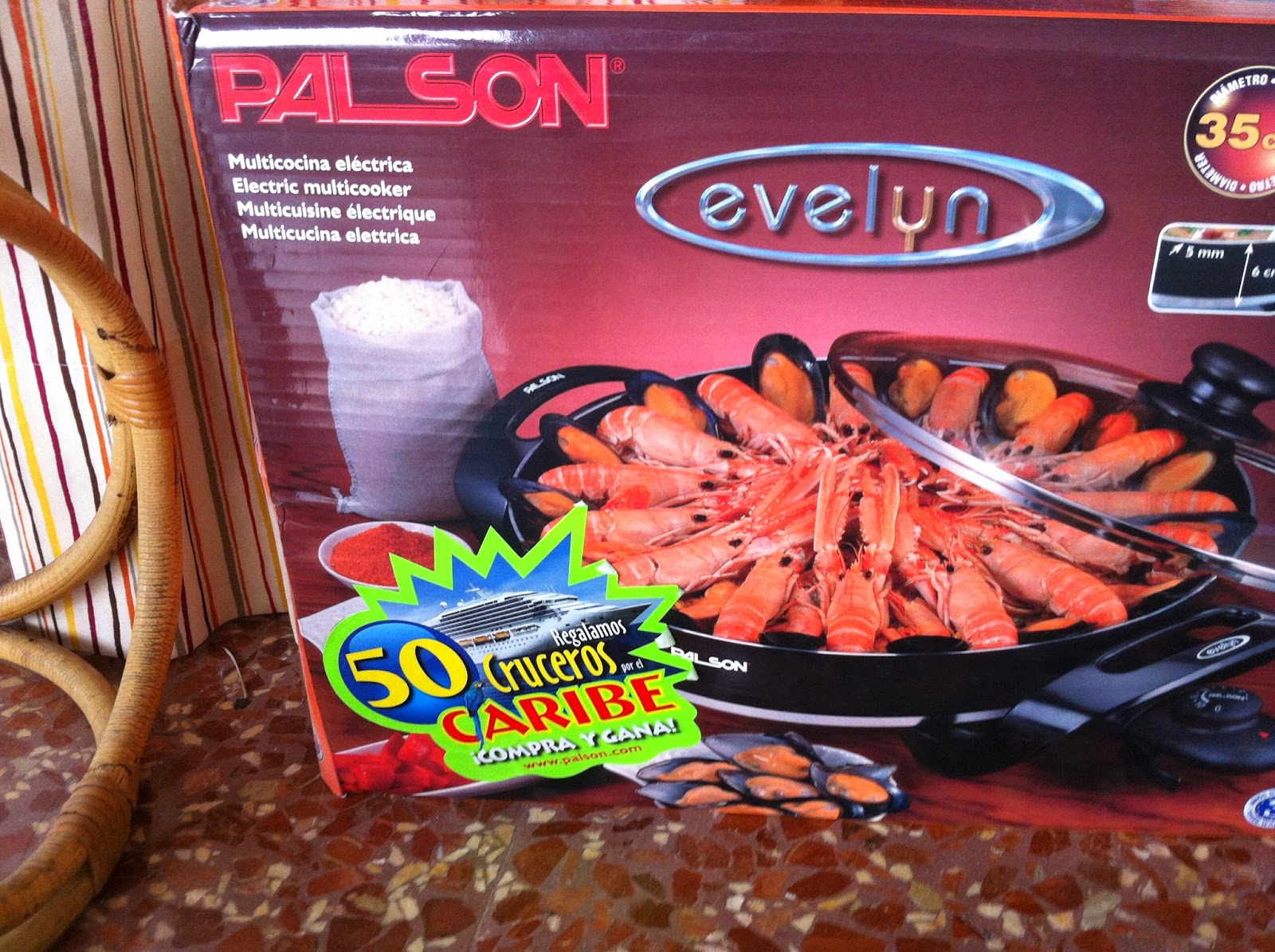 POST SCRIPT - June 2015 - You don't have to go to Spain for horse mackerel. It is caught in British waters. Last week I visited the Fish Shack on Hove beach and they had horse mackerel - otherwise known as scad.